Various Encounters with our Furry, Feathered and other Friends in the Wild!

In my Back Garden: 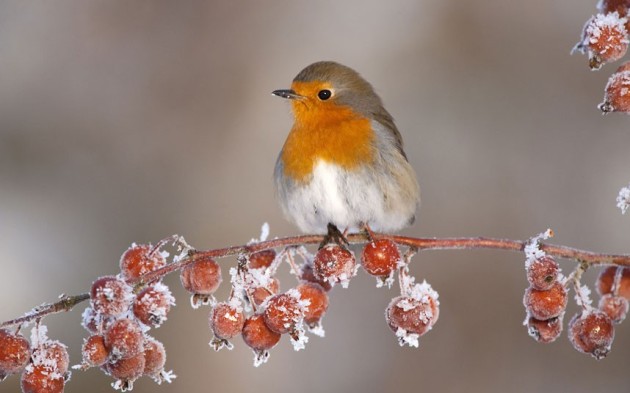 Robin: Did you remember Mrs. Clockmender said to put the icing sugar on the Xmas cake while she was out shopping?

Clockmender: Oh feck! I had better do that now… how’s this:

Robin: I haven’t known Mrs. C as long as you have, but I don’t think this will end well…

In a Pub in England:

Fido: Where do I – buuuurp – shtart Clock, my bitch doesn’t undersh… under… undershtand me – hic – my puppies are shitting everywhere, my, my owner only feedsh me dog food and doeshn’t walk me often enough, life ish not – burp – good.

Clockmender: Not good chap, oh dear, cheer up it will soon be Xmas!

(No, this was NOT photoshopped!)

On a Gentoo Colony in Antarctica:

Clockmender: What are you doing penguin?

Clockmender: What’s your act then?

Penguin: I’m doing an impersonation of a candlestick!

Clockmender: Well, you have convinced me. 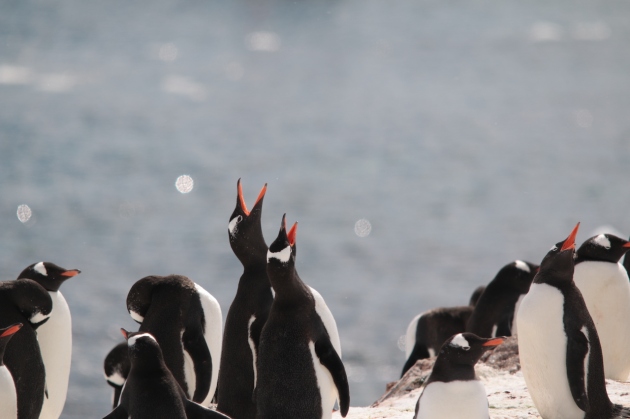 Other Penguins: We are going as the Gentoo Synchronised Candlestick Team! 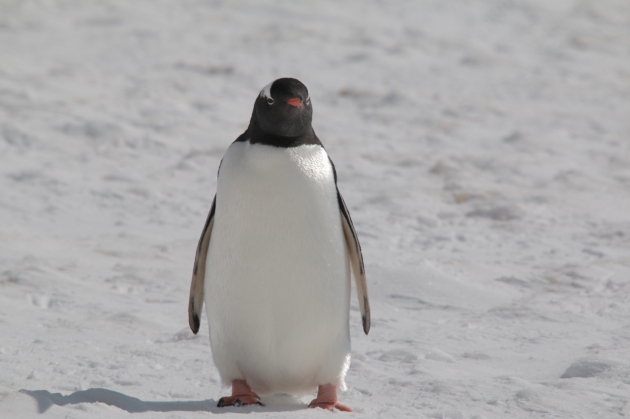 Penguin: F**king typical isn’t it, whatever you do in life some jackass always pisses on your bonfire, huh.

Clockmender: Don’t despair little chap – tell them you are a Pot-Kiln – that will shut the blighters up!

Penguin: Cheers Clock! You have really made my day – dumb-asses won’t even know what a pot-kiln is teehee!

On a Farm near Puerto Varas (Chile):

Cows are numbered from right to left, those facing the camera.

Cow 1: OK Clock, the other tourists have gone now, I was asking you about harmonic frequencies.

Cow 2: I contend that the relationship between harmonic frequencies is logarithmic.

Cow 1: Surely it is inversely exponential!

Clockmender: Don’t call me Shirley, actually it can be expressed mathematically as a multiple of the n/12th root of 0.5.

Cow 2: So a rise of one semitone is current frequency times the inverse of the twelfth root of 0.5, is it that simple?

Clockmender: Hey chaps, I think I had just identified a suitable “dinner” candidate…

On a Gentoo Colony:

Penguin Mother: I thought I would do “Regurgitated Fish” for you.

Clockmender: Oh dear, you are in trouble now little one!

On the Falkland Islands:

Turkey Vulture: All this bloody waiting for something to die so I can eat it is driving me mad Clock!

Clockmender: Patience, my dear fellow, is not only an operetta by Gilbert & Sullivan, but is also a virtue. 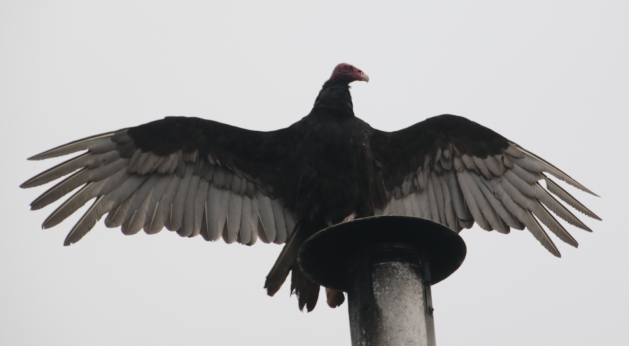 Turkey Vulture: Patience my ass, I am going to kill something…

Fun with a Crabeater Seal: 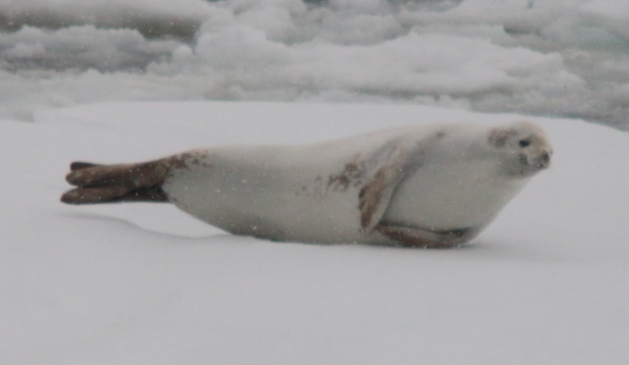 Seal: Morning Clock, I don’t know a lot about Formula 1 racing, so can you tell me who won the 1977 world championship?

Clockmender: It’s no wonder we used to use your babies’ skin to make coats for our ladies…

Male Penguin: Whoa honey, you could at least wait until I have finished before you “peel one off”, jeez baby, that is so off-putting! 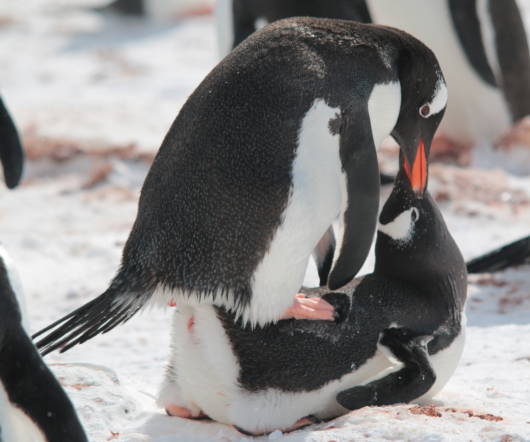 Female Penguin: Sorry big boy, but you are jumping on my butt and tickling me, what do you expect?

Male Penguin: Fair cop sweetie and that bloody Clockmender has his sodding camera pointed at me as well, it’s a wonder I can concentrate at all on the task in hand…

(“Peel one off” English slang for farting)

One day in Antarctica:

Clockmender: So, where is the blue-eyed shag colony then?

(“Shag” in this context refers to a type of cormorant)

Penguin: Take this track to my left, follow it for about 400m, then turn right, follow that one for 120m, you can’t miss it… loads of squawking seabirds… absolutely STINKS of bird shit!

Meanwhile later on that day:

Penguin on right: Clock told me that if you raise one leg like this, you can fart much louder.

Penguin 4th from right: Oh yeah, sow a button on that fekker! Must try that myself next time I need to “squeak one out”…

Penguin 2nd from left: So, if I raise both legs do my farts get twice as loud?

Penguin on left: No, you’ll just fall over you dozy tw*t!

I was just spreading some English culture you understand, 🙂

Update! This happened the next day on the Ukrainian Antarctic Station some 50Km away, news travels fast in penguin circles:

Penguin: Aaaaah, spread that amongst the poor of the parish, ha-ha-ha!

Update! 24 hours later on a colony of 6,000 pairs of Gentoo Penguins on Culver island:

Penguin: A quick question Clock, is it OK to lift your left leg, only I am left-flippered?

Clockmender: Try it and see…

Penguin: Yay! that one will curdle your milk…

Clockmender: You’ll start a bloody avalanche if you carry on like that little fellow.

Update! After a further 24 hours this happened on Deception Island:

Female Penguin on right: You disgusting turd, who taught you that trick?

Male Penguin on left: Well, there was this Englishman south of here a few days ago..

Female Penguin: Clockmender, it was bloody Clockmender wasn’t it, I might have known, he’s a bad influence, tut tut!

Male Penguin: Yep, it was Clock, apparently, who told some other penguin, blah, blah, blah.

Female Penguin: Clock, you should be ashamed of yourself, dirty bugger, it’s just not funny you know! 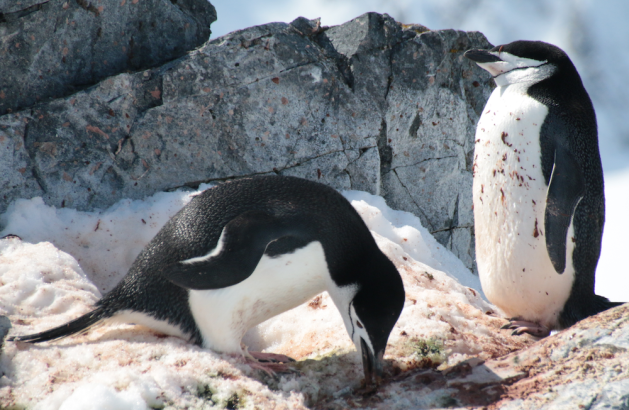 Male Penguin on left: OK, OK, Sweetie, stop nagging, I’ll fix the nest with these pebbles, but I am not shagging you until you wash that shit off your chest!

One fine day in the Temperate Rainforest in Chile: 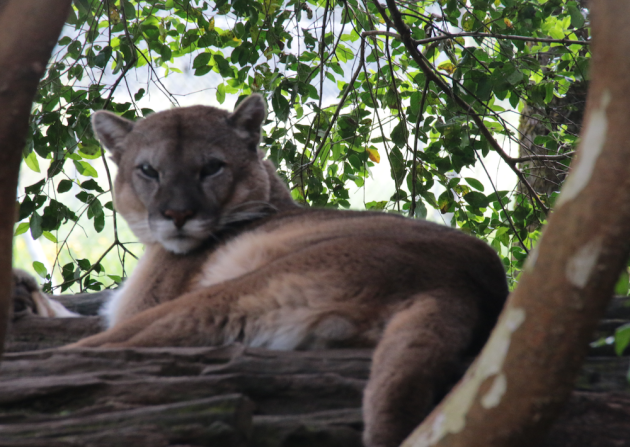 Clockmender: Yo pussycat how are you doing?

Puma: For f**k’s sake Clock, good job I am not still hungry…

Clockmender: There are some younger tourists just down the road for when you are…

Puma: Later man, later, now let me get back to sleep.

(No Clockmenders, or Pumas where injured in the taking of this picture.)

This conversation took place on a beach in South Africa near the “Cape Of No Hope”:

Penguin: For f**k’s sake Clock how should I know that? we don’t have chuffin’  mirrors in our burrows you know!!!

Clockmender: Look at your reflection in a rock pool you daft little tw*t!

Penguin: Hmmmm, never thought of that – how’s this then? I think this is my best side:

Clockmender: That’ll do Penguin, that’ll do.

This photograph won the Photographer’s Photograph Award on the Queen Mary 2 on her World tour starting 10 January 2018: 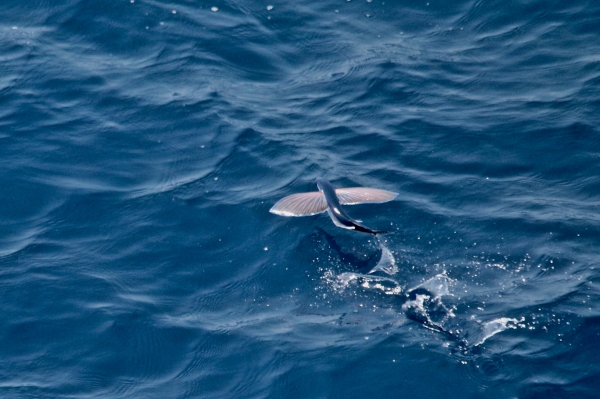 I had to take 70 odd photos over a two hour period to get this one. Taken about halfway between Africa and St Helena – loads of bloody nautical miles from anywhere! I must find out how big these fish are, from 7 decks up they looked pretty small, but you never can tell. After all Pekinese dogs look very small from the 7th floor of a building and are very hard to hit with a cricket ball from that height. 🙂